Christine started Ballroom and Latin American dancing before the age of 5 and worked her way through the medal system dancing as man as well as lady.

Although she was a successful competitor at National level, by the time she was 19 Chris knew she wanted to be a teacher and in 1980 took the first of her many professional teaching qualifications. In 1981 she moved to Cornwall and started her own school in Falmouth. As an International and Championship adjudicator, Chris has judged as far afield as Australia and was an examiner for 10 years before resigning to concentrate her energy on her school.

Christine Redfern has been running The Gemini Dance studios since 1981, she has trained people from Beginners to Competitors and also trains other dance professionals.

She has choreographed many wedding dances and special event dances, as well as going in to schools and colleges to choreograph various dances for shows.

Christine started The Gemini Dance Studios in 1981 having moved to Cornwall from Manchester. She was born and raised in a dancing family – Christine’s parents were North of England Ballroom Champions in the 1950s and ran a very successful dance school in Manchester for over 30 years.

Christine had a successful dancing career as a competitor and medalist from the age of 5, until taking the first of her professional dance qualifications at the age of 20.

The Gemini Dance Studios has three other members of staff, all are professionally qualified.

All members of staff have been through the medal system before taking their professional dancing qualifications.  Two, like Chris, were also amateur competitors.

Chris is also a very experienced Championship adjudicator having judged competitions all over the country and in 1992 was invited to judge at the Asian Pacific Dance Championships in Perth, Australia. She is a regular judge at the Torquay Dance Festival which is run in June every year.

In July 2012 Chris bought the old Lanner Bandroom on the main road in Lanner and has renovated it into a lovely dance studio with kitchen, waiting room and 2 toilets (one of which is wheelchair friendly). 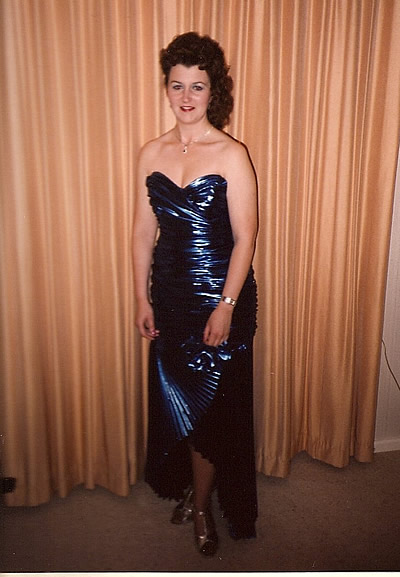 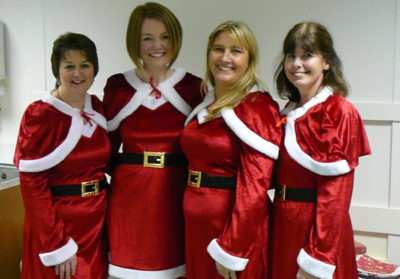 Welcome to The Gemini Dance Studios. Below you will find the answers to some of the regular questions we get asked prior to initial attendance.

In this time of uncertainty our priority is to work together to keep everyone safe & healthy.

Please do not attend if you are feeling unwell or have a Cold or Covid symptoms.

If you tell us at the time of booking if you are going to miss a week due to a pre booked holiday, work or other commitments. Fees will be adjusted accordingly but only if notification is given when booking.

Refunds will only be given if the class is cancelled due to staff illness or another lockdown.

Parking is on the main road or in the side streets. Please do not park on the garage forecourt, in the bus stop or down the lane next to the studio.

Shoes – For your own safety we recommend that you bring a change of shoes. Both men and ladies should not wear rubber soled shoes or trainers as you don’t want to stick to the floor. Ladies should wear the height of heel they are comfortable in but not sling back shoes. We discuss shoes on the first night.

Clothing – As we still have to have ventilation it can be chilly, therefore, it is advisable to wear layers.

Please respect the staff, we are here to help you enjoy your dancing experience.

TERMS & CONDITIONS TO HELP TO KEEP US ALL HEALTHY

* Pupils must not attend if they have a cold or if any of their household/social bubble display any COVID symptoms.
*Any pupil feeling unwell will be asked to leave.
*All pupils to follow latest Public Health advice – wash hands more frequently, for 20 seconds. Catch sneezes and coughs in a tissue to “catch it, bin it, kill it” then rewash hands.
*Please use hand sanitizer either in the hallway or in the waiting room once you have entered the building.
*Hand sanitizer, tissues and cleaning products always available and paper towels provided in all handwashing areas
*Staff dancing with any pupil may wear a mask if they wish and may ask you to do the same – please do not be offended.
*Windows/doors will remain open for ventilation. This will mean that the room will be cold during the winter so please wear appropriate clothing for your own comfort. Layers are best.
*Admissions will be restricted, this to help everyone feel comfortable and safe, numbers will be reviewed regularly
*Dancers are requested to follow entry system and follow any directional signs. Entry is through the white door on the main road side of the building. Exit is through the end door in the ballroom.
*Pupils should bring their own drinks where possible.
*Pupils are requested to book and pay in advance.
*Please bring a towel or similar if you perspire heavily.
*There is a waiting room on your left off the entrance hall, please use this area to change your shoes while you are waiting.